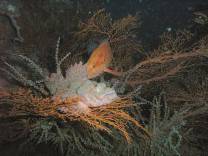 Puerto Galera is becoming one of the fastest growing tourist destinations in the Philippines.

Puerto Galera, meaning Port of the Galleons, was founded in the 16th century by the Spaniards and was considered a safe haven for their boats in bad weather. Its curling shoreline extends for kilometers and provides for many sheltered beautiful bays with secluded beaches and some of the richest flora and fauna in the Philippines. Being listed as a UNESCO Man and Biosphere Reserve in 1973 has improved the coral reefs substantially. Puerto Galera has become even more touristic in the last few years, improving the reefs even further since dynamite fishing is almost banned by now. This sleepy coastal town is only three hours from Manila and easily reached by ferry from Batangas City. Its climate is mild with dry and warm months during the dry season and no heavy monsoons during the wet months.

Sabang Beach and White Beach (Barangay San Isidro) are the two beaches where most resorts, bars and restaurants are located. Other beaches worth exploring are Small and Big La Laguna Beach, Encenada Beach and remote Ninuan Beach. Besides renting out diving and snorkeling gear, you can also find many locations where you can sail, surf, kayak or enjoy the speed of a banana boat. Inland you can visit the Talipanan Falls, hike towards Mount Malasimbo, experience some excellent jungle treks or visit settlements of the Mangyan tribes. Those interested in historic sights should visit Dampalitan Point, a Spanish built guard houses on top of the nearby mountains, which was used as a lookout across the Batangas Channel .

Most diving is done by local banca from Sabang Beach, but some of the better dive sites can be found near Escarceo Point. A rich and extensive artificial reef program has started just offshore Sabang Beach, resulting in scuttling several wrecks. Nearby you can go to Medio Island and Green Island (Verde Island) which offer pristine quiet waters with a phenomenal amount of fish life. Tourism has become one of the fastest growing businesses in Puerto Galera, mainly because of its proximity to Manila, accessibility, its long line of splendid white beaches and its wide variety of flora and fauna. A holiday to Puerto Galera is something all people in the world should do once in their live.

Visit our partners! Or become one.