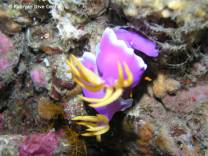 Luzon is the most northern region of the Philippines with La Union, Subic Bay and Anilao some of the better dive destinations.

Luzon, or Nueva Castilla or the New Castile as the Spanish named it, is the largest most densely populated regions in the north of the Philippines. It is the country's most important region, its commercial and financial center with cities such as Quezon City and its capital Manila. World War II history, architecture from the Spanish colonial era and Philippinean customs are well interwoven in today's daily life.

Historically, the Battle of Luzon is known as it was the last large battle between the Allied forces and the Japanese before they surrendered in 1945. Manila Cathedral, Plaza de Roma, Baluarte Plano Luneta de Santa Isabel and Malacanang Palace are some excellent examples of its rich Spanish influence. North of Manila you can find Baguio in the middle of the Cordillera Mountains which is a very popular highland town, often used by locals as a getaway summer holiday. Nearby you can visit Angeles City, the Banaue Rice Terraces, the vegetable farms in Bontoc and strawberry fields in the Trinidad Valley. Ilocos Norte and Ilocos Sur are two popular cities in the north well known for its Spanish architecture. The Tagaytay Ridge offers views on Laguna de Bay, the largest lake in the Philippines. Another favorite tour is a trip to Taal Lake and Taal volcano which is one of the most famous volcanoes in the Philippines or climbing Mount Pulag. Visiting the Bicol peninsula, which extends to Luzon's southeast, offers trips to Lake Buhi and the 2462 meter high Mayon volcano.

Scuba diving is one of the top activities in the Philippines, although not particularly famous in Luzon. Some of the best destinations are La Union into the Lingayen Gulf, Anilao (Batangas Peninsula) and Subic Bay. La Union offers secluded beaches and quiet fishing villages. Subic Bay has been one of the biggest bases of the United States resulting in many WWII wrecks. A small town in the southeast is Donsol which has become famous as it is one of the best spots worldwide where you can dive, swim and snorkel with whale sharks.