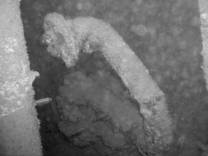 Palawan is with El Nido, Coron Bay, Puerto Princesa and many offshore atolls and islands a great and diverse dive destination.

Palawan is a long but narrow group of islands in the west of the Philippines. Well settled diving areas are Coron Bay and El Nido. Busuanga Island and Coron Island are known throughout the world for its many Japanese WWII shipwrecks. Cadlao Island, the largest island in El Nido, is famous for its white beaches, caves and spectacular birdlife. Other popular dive destinations are near Port Barton and around Honda Bay, especially near Castillo point and Pasco point. The Spratleys contain 53 coral islands far offshore in the South China Sea. All surrounding countries quarrel about its ownership since they are said to be rich in minerals such as oil. We think that the true reason should be its potential of being some of the final frontiers on earth. Far offshore in the Sulu Sea to the east are several islands and atolls such as Tubbataha reefs and the Cuyo Islands, which can be reached by liveaboards. It is best to visit between October and May, when the waters are calm and not targeted of tropical storms.

Palawan's capital Puerto Princesa is one of the most popular towns for tourists. It is nearby Saint Paul Mountain offering wonderful underground rivers and many popular caves such as Lion's Cave, Cawili Cave and the Daylight Hole. This subterranean national park is the source of many forest trips, hiking trails and interesting scenery. The many islands and islets of Honda Bay create a wicked shoreline with plenty of dive and snorkel sites, rich coral reefs and a fantastic underwater world. Islands in Honday bay you should visit by hiring pump boats include Snake Island, Arreceffi Island, Bat Island, Meara Marina, Starfish Island and Cannon Island. It is easily reached from Santa Lourdes wharf in Santa Lourdes Tagbanua, just over ten km from Puerto Princesa. Other attractions can be the Tabon Caves, the underground river in Sabang and the cities Roxas and Taytay.

Palawan is an area of many pristine white sanded islands, crystal clear blue waters and beautiful bays. It is a place to relax and enjoy one of the most picturesque places in the world. Above and below the ocean surface.